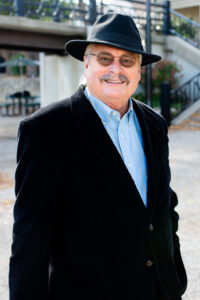 David understands business issues from first-hand experience. He owns two businesses: Froggy Bottoms River Suites in Northfield and The Peterson Art Furniture Complex, home of 10,000 Drops Distillery, and Corks & Pints in Faribault, Minnesota. He is active in commercial real estate law. He has negotiated contracts for millions of dollars of construction services, both for his own projects and clients. He also has a recreational real estate development near Deadwood in the Black Hills of South Dakota.

He knows the political and economic landscape and is a friendly, feisty, and visible presence. He also has contributed to his community in many ways including performing pro bono legal work for two leading nonprofits: the Northfield Historical Society, for which he has also served as president, and the Defeat of Jesse James Days Committee, Inc.  For more than 35 years, he has organized the entire contractual structure of the Defeat of Jesse James Days celebration, the largest all volunteer community event in the State of Minnesota.

In David’s words, “I am proud to represent citizens in their struggles with government, be it a township, city, county, state, or the federal government. The statutes and regulations generally favor the government, so I enjoy tipping the scales of justice the other way. As the late Supreme Court Justice Louis Brandeis said, ‘The greatest dangers to liberty lurk in insidious encroachment by men of zeal, well-meaning but without understanding.'”

He opened his first law office at 514 Division Street, Northfield in 1978 with a rented desk, a few used law books, and a manual typewriter. He co-founded the law firm with attorney Ronald Moersch in 1981, shortly before moving to its present location.