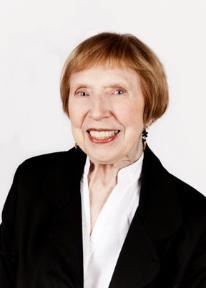 Barbara K. Lundergan, a native of Chicago, practiced in the area of estate planning and trusts beginning in 1964.  She was the first female partner at Chicago-based Seyfarth, Shaw, Fairweather and Geraldson (now Seyfarth, Shaw LLP), an international law firm. She was also an adjunct Professor of Law at Loyola University and Illinois Institute of Technology.

Barbara was a fellow in the prestigious American College of Trust and Estate Counsel, recognized for her extensive speaking and writing on trust and estate subjects. She also served as chairman of the Trust Law Committee and the Estate Tax Division of the Committee on Federal Taxation of the Chicago Bar Association and as chairman of the Federal Taxation Committee of the Illinois State Bar Association.

Her other services to the legal profession included being a member of the following organizations: The Planned Giving Advisory Committee at the Art Institute of Chicago, the Northwestern University Estate Planning Advisory Council, the Board of the Chicago Bar Foundation, the Professional Advisor Committee of Chicago Community Trust, the Editorial Board of Illinois Bar Journal, and the Board of Public Interest Law Initiative.

In 2004, Barbara moved to Northfield to be near her grandchildren and joined her daughter, Partner Mary Hahn, in practicing law with Hvistendahl, Moersch, Dorsey & Hahn, P.A. She continued to serve her devoted Chicago-based clientele, while developing and nurturing a new group of local clientele. We honor her memory.